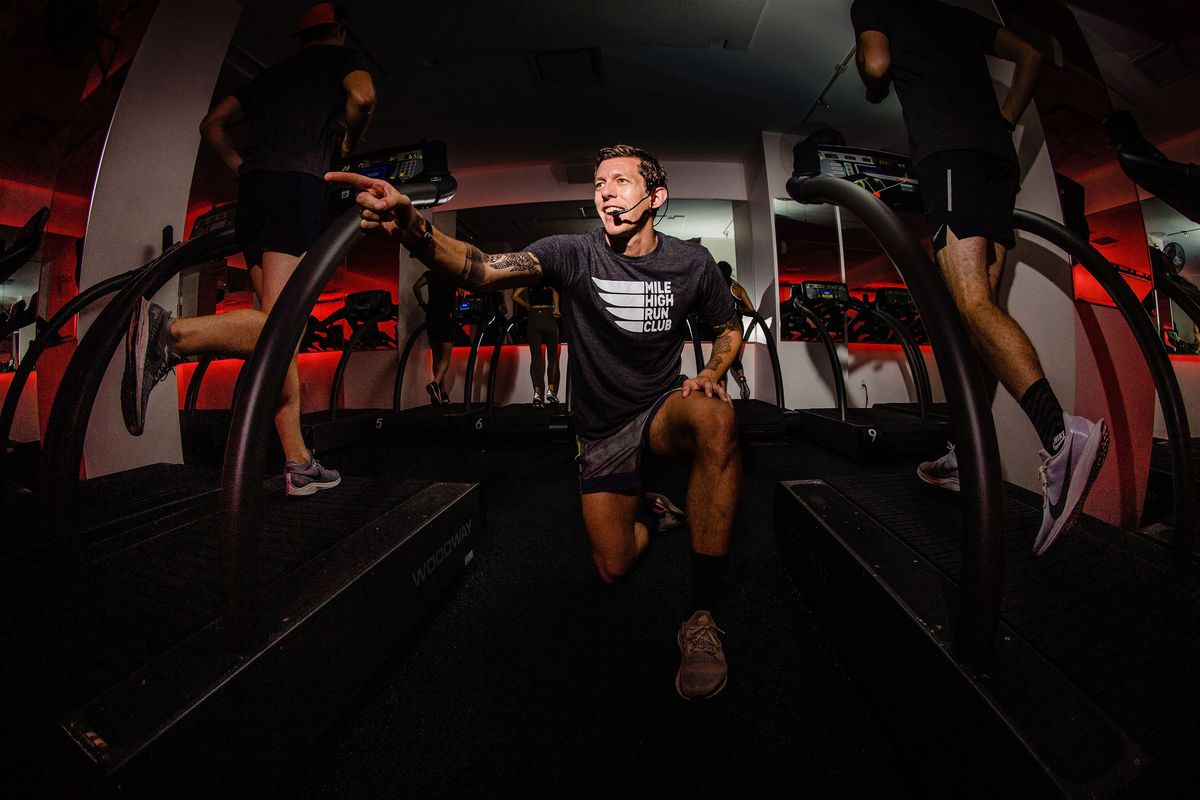 A Case For The Treadmill

Long before I became a runner, let alone run coach, I was a Run Hater. The only thing I found more pointless than running was running in place on a treadmill, going nowhere, like a masochistic hamster on a wheel.

I came to running later than most of my run coach contemporaries. Mile High Run Club boasts a coaching staff of those who were high school and college stars as well as professional athletes. Most of them had a complete and accomplished career before I had ever run farther than a mile — and I only did that because the gym teacher made me. Doing a complete 180 on the whole running thing was like going on a first date with your high school nemesis, but it turns out they’re really sweet and asks you lots of questions about yourself. Not a perfect analogy but you get it.

Listen, running is hard, I get why people think they don’t like running. But I’ll never forget the first run I did where I experienced that thing I’d once heard about but didn’t know actually existed: the Runner’s High. I was hooked. A full-on junkie. I needed more miles, more speed, more participation medals! I was also newly sober then, and needed something to occupy my monkey brain. Dopamine seemed the next best thing to booze and produced positive benefits with — and this was key — no hangovers. I was a man in love.

Running is the simplest and most accessible workout to the vast majority of people. As Ron Burgundy famously said, “I believe it's 'jogging' or 'yogging.' it might be a soft j. I'm not sure but apparently you just run for an extended period of time!” Anchorman quotes aside, running is also quite daunting when you’re new. This is why I preach the power of the treadmill. It’s a controlled environment. There’s no beginner fear of “What if I end up 3 miles from home and can’t make it back?” “What if I can’t do this hill?” “What if I need a bathroom NOW?” and, “What if it…..RAINS?!”

The even greater gift of the treadmill is that it is not just for beginners. Years ago, I worked as an early childhood private chess tutor. Most of my clients were 3-5 years old. We introduced them to something that is quite simple and fun, even at their age, with the power to grow exponentially more challenging and fun the better you get and the harder you work. An Indian proverb says, “Chess is a sea in which a gnat may drink and an elephant may bathe.” The same is true of treadmill training. With a controlled environment you (or better yet, your run coach) can control those variables and apply them to your training. Distance, duration, and, crucially, hill grade are all at your literal fingertips AND it never rains inside.

Before I became a coach at Mile High, I was simply taking classes in conjunction with my outdoor training in preparation for races. The work was done for me in terms of programming. I just showed up and put in the work. Even the music was selected to help me reach my peak potential. I could do this all without the fear that I can have when running outside with a group, that I’ll either be slowing everyone down or be left in the dust. On the tread, it’s all effort-based and we all cross the finish line at the exact same time.

This year I PR’d the Half and 10K, and I directly attribute it to turning into a happy hamster on a wheel.