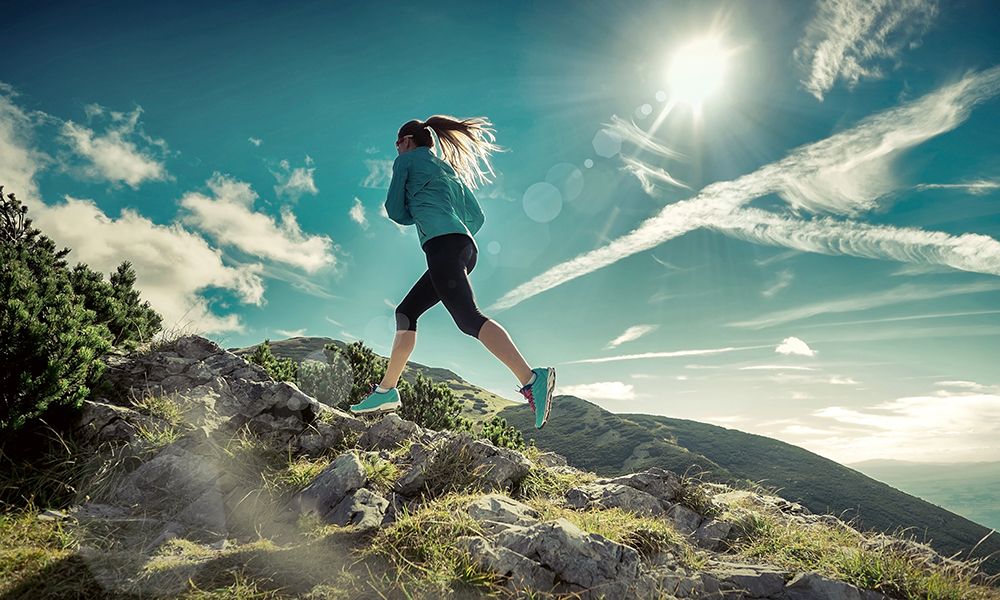 But really… What IS the runner’s high??

We’ve all experienced it – the euphoric feeling that takes over our bodies after a long run or a set of hard intervals. Sweat runs down your temples and the legs might be aching, but DAMN! You are HAPPY! The world is somehow shinier - you don’t even mind the inevitable homeward bound subway delay or irritating after hours email from your boss.

Welcome to the runner’s high. The intoxicating feeling we’ve all felt at least once, and most likely on a more frequent basis if we train and race regularly. But really, what is it? And more importantly, HOW DO WE GET MORE OF IT?!?!

Well, there appear to be two schools of thought on the matter: that the runner’s high comes from those lovely little things called endorphins AND that it can also be linked to endocannabinoids. As both of those words are rather long and complex sounding, let’s break down E-squared:

Catapulted to instant fame in Legally Blonde, endorphins are the thing we commonly associate with positive feelings after training or working out. According to Runner’s World “nature’s home-brewed opiates” are chemicals that share many similarities with the manufactured drug morphine. They are found in the pre-frontal and limbic regions of the brain (the areas that respond to emotions such as love) and are generated when we put our bodies through a hard effort.

In an interview with Runner’s World, Matthew Hill, Ph.D., assistant professor at the University of Calgary’s Hotchkiss Brain Institute, explains that, “endorphins are painkillers produced in response to physical discomfort.”

So what does this mean? When we push our bodies during a speed session or long run, it generates endorphins, making us feel GOOD, in response to our actual discomfort. However, before you go lace up your trainers to test your fastest mile, we should note that many researchers have found that there is a point of diminishing returns and that the most euphoric feelings come from difficult efforts, but NOT maxed out efforts.

A bit newer to the runner’s high scene, endocannabinoids are now starting to attract a lot of attention as they are credited with producing an effect not unlike that of marijuana or cannabis in the brain – think calming and serene. When we exercise the level of endocannabiniods in the bloodstream is significantly raised - unlike endorphins any cell can produce these, not just specific neurons - and therefore can also be attributed to feelings associated with the runner’s high.

A quick point to note: endorphins are directly related to pain, while endocannabiniods are believed to be linked to stress. However, because it’s difficult for the body to differentiate between pain and stress during a training session it is likely that both endorphins and endocannabinoids are contributing to the runner’s high.

The main takeaways from this information? The runner’s high is commonly associated with endorphins, produced by neurons, and endocannabinoids, produced in the bloodstream by cells. One is created by pain, while the other is believed to be caused by stress. We will experience a runner’s high when training and putting our body through a significant effort that causes stress and or physical discomfort. BUT, the greatest high will come when we’re working out intensely, NOT at maximum capacity.

*Please note that information for this post was obtained from the following sources: