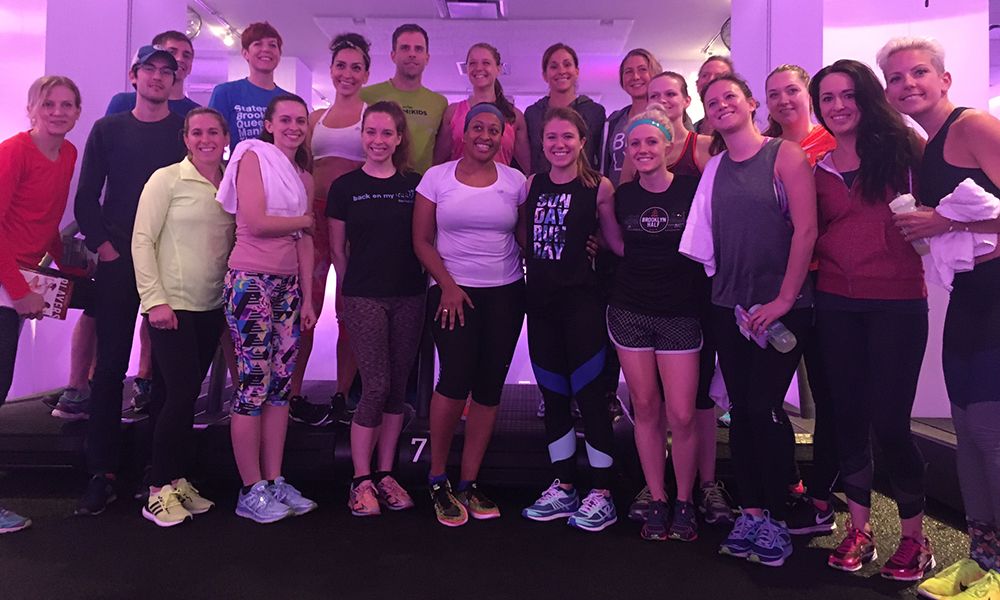 She’s a two-time Olympian - currently training to return AGAIN! - and a three-time NCAA champion. In addition to her incredible running accomplishments, professional athlete Kara Goucher is also a mom and wife and one of the sport’s most popular bloggers. Although she’s quite busy preparing for the Olympic 10k trials, we managed to catch up with Kara when she was recently in NYC to teach a guest class at MHRC. Read on to learn what her best racing experience has been, what it was REALLY like to train with Coach Mark Wetmore and why she enjoys treadmill training!

What do you love most about the marathon?

When did you realize that you had a gift?

When did you decide to pursue running professionally?

What would you consider your best racing experiences or highlights of your career so far?

Our readers would love to hear about your race goals over the next two years. Do you mind sharing what your plans are?

Many runners have read "Running with the Buffaloes". What was training with Mark Wetmore like in college? How does it feel to be back with him and Heather now?

What are the benefits of training on the treadmill in your opinion?