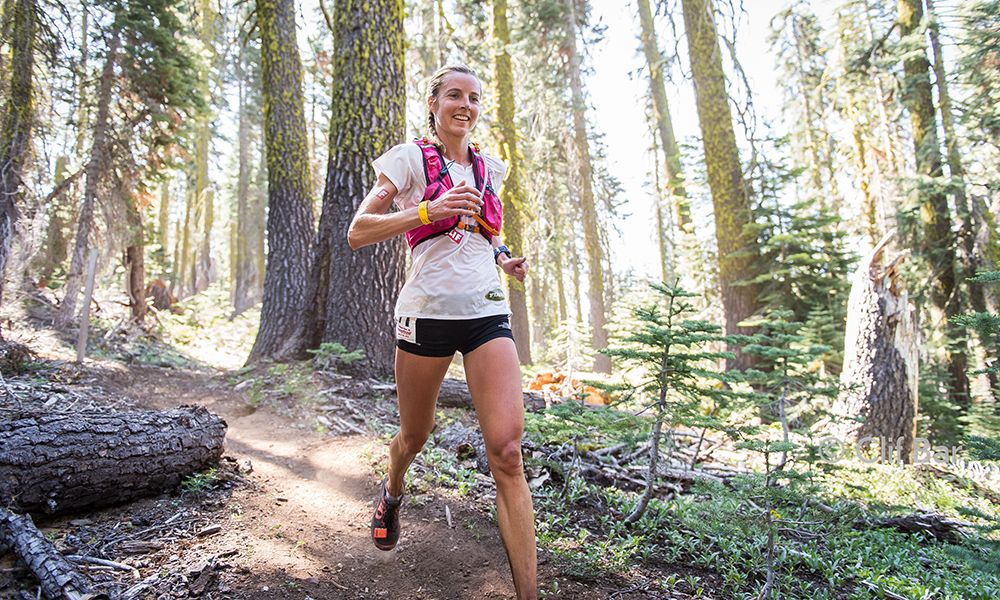 You may not know her name yet, but ultra runner, and PhD-holder!, Stephanie Howe is one of the top athletes in the sport today - she WON her FIRST 100-mile race! We are so impressed with Stephanie, we had MHRC Coach and fellow 100-miler Jes Woods sit down with her when she was recently in NYC.

Read on to get the full scoop on how Stephanie got into running, what it’s like to WIN an ultra marathon, how to fuel properly, and more, as told by one ultra runner by another.

You obviously have a passion for exercise and endurance sports as you went on to study Exercise Science and eventually Nutrition & Exercise Physiology. Was there one moment growing up or in high school where it hit you and you realized THIS is what I want to do, this is what I was meant to do?

After college, you quickly transitioned from Nordic skiing to trail running and ultra trail running. What inspired you to take the leap? What are some of the similarities you see cross over from your Nordic skiing experiences to now ultra running successes?

The world just watched Galen Rupp win the first marathon he ever entered. You are equally as inspiring as you won your first 100 mile race you ever entered. Were you expecting to win? At what point in the race did you think 'I’ve got this’?

I also ran the Lake Sonoma 50 miler last year! Though, I finished many many hours behind your first place finish (congratulations). A lot of us runners in NYC are forced to hit the pavement when training for a trail race. Do you have any trail training tips for runners who don’t immediately live near the trails?

What are some of the biggest mistakes you see runners make in terms of their pre and post workout nutrition?

They don’t fuel! It’s so important to eat something within 30-40 minutes of finishing a workout to start the recovery process. Same with fueling during a run, most runner don’t do it. Can you get through a long run without fuel? Sure! But that doesn’t mean it’s a good idea. Seriously, everyone who doesn’t fuel during or after a run has an excuse. And I’ve heard them all. And they are just that - an excuse. To become a better runner, the nutrition piece is just as important as the training piece. To me, it makes sense to set yourself up for success by fueling properly when you are spending so much time training. My best piece of advice for fueling is: DO IT!Even if you’re not hungry, even if your stomach doesn’t tolerate gels, yada, yada… that’s why you do it in training. Just like fitness, fueling correctly needs some time to become second nature. Your body needs to adjust to taking in fuel while running.

What are your favorite go-to foods or fuel WHILE you’re out on the trails?

Can you tell us a little bit about your recent recovery process? Have you started running yet? Is it too soon to start thinking about future race goals?