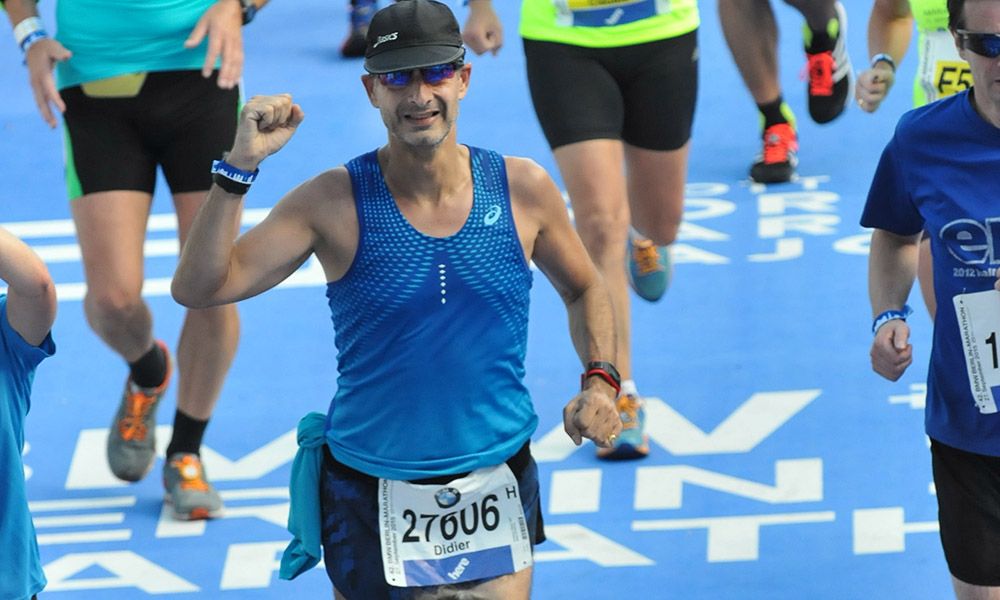 I ran a couple of half-marathons when I was much younger, the last one about 10 years ago. I crossed the finish line with a time over 2:20:00. When I turned 45, I decided I wanted to do a full marathon although I hadn’t run in years. Since that decision I have completed the Paris and New York marathons, both in 2013. They were hard. Unbelievably hard. I became injured in the weeks leading up to each race, yet somehow managed to push through and cross that finish line each time, running 5:35:00 in Paris and 5:14:09 in New York. I cried after both races - finishing yielded so many emotions.

When I decided to tackle the Berlin Marathon in 2015 I undertook another personal challenge. This time I wanted to train without injury and to finish the race in under 4 hours, 30 minutes. I moved from Istanbul to New York in January 2015 and started trying to get back into shape. I started small, simply changing some unhealthy food habits, and then took my first class at MHRC with Founder & President Debora Warner in February. I LOVED IT! Having had such a powerful experience I asked Debora about finding a coach to work with. She recommended MHRC Coach Luke Lombardo, saying she thought we’d be a good fit.

I lost 25 pounds between January and March and significantly improved my running skills. On June 5th I officially began my 16-week program, averaging about 4 runs per week. I followed the plan blindly and found that trusting your coach is a fundamental part of running well and getting better.

Commitment, enthusiasm, dedication and effort paid off. I finished Berlin in 4:01:23, experiencing a rewarding 73- minute PR! THANKS LUKE AND MHRC. Without you, never could have done that. I also enjoyed the journey as much as the race, a true first for me.

A few questions from MHRC...

When did you first start attending MHRC classes?

How often do you participate in MHRC classes?

Do you have a favorite instructor?

What keeps you coming back?

How have you changed since beginning to run with MHRC?

Beyond a great workout, what do you get out of a MHRC class?

What, if any, tools have you gleaned through participating in MHRC classes?