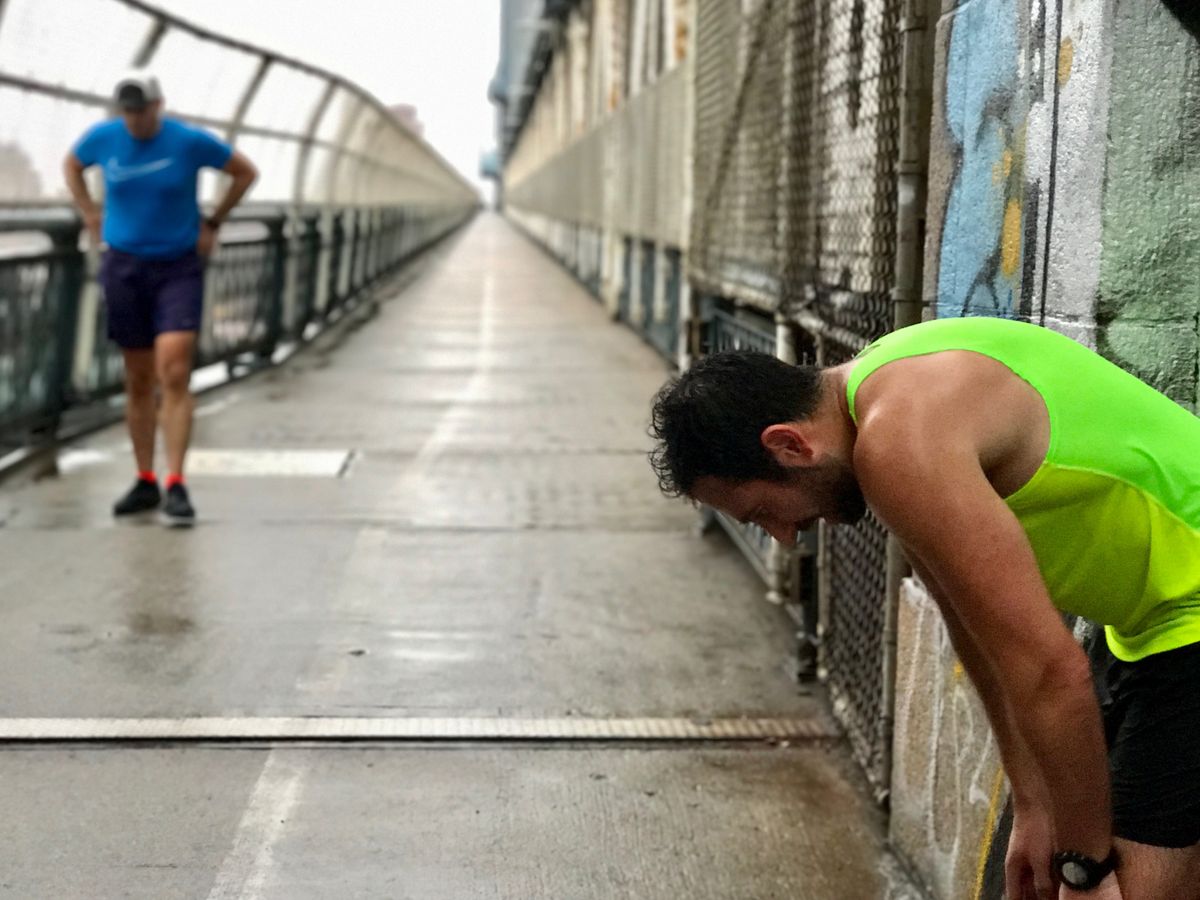 No Pain, No Gain?

It is commonly said that sports toughen kids up, and we often see athletes in pop culture that have extremely high pain tolerances. It is widely accepted that athletes are tougher and can handle more pain.

Is there any evidence to back this up? And what about runners? Sure, we see football players in movies withstanding large amounts of pain, but we about the hardened distance runner?

A study from the American College of Sports Medicine looked at just that—does pain tolerance change with aerobic training? They took 24 volunteers from a college campus and divided them into two groups: a control group who would continue with their normal physical activity habits for 6 weeks, and an exercise group who participated in supervised aerobic training sessions 3x/wk for 6 weeks.

Two types of pain were measured before and after the 6 week period—pressure pain and ischemic pain. Ischemic pain is what you feel with restricted blood flow. Pressure pain was determined by increasing pressure at 4 sites (trapezius, biceps brachii, rectus femoris, and tibialis anterior muscles) until the sensation was deemed painful. Ischemic pain was determined using a blood pressure cuff and a grip force device. The participants repeatedly squeezed the device until the movement became painful.

While there were most definitely limitations to this study (a small number of participants, all of the participants were from the same environment, they got to pick which group they were in), it is interesting to see the beginning of research on this popular topic. As we research continues, hopefully we will be able to see why the aerobic training improved pain tolerance, and then use that to our advantage in training. For now, just enjoy your scientifically investigated bragging rights about your pain tolerance!